Badedas is the perfect brand for people without labels and judgmental thoughts; for people that feel free to be who they want to be, beyond their genders.

The new range of fragrances is meant for different “life moods”, rather than female or men target, promising “a shock shower experience” to everyone. Their names and packaging say it all.

To reach a wide target, we needed a super boost for social media, so we partnered with one of the most followed comedy group of influencers in Italy: The Jackal.

Ciro, the video’s protagonist, lives a very shocking shower experience, thinking about all the things that went wrong during his day, and all the fights he lost in the past. But then, under the shower he finds the strength to be the better version of himself. The video closed with an inspirational quote from Gatto Ciabatto “live outside the shower as you live inside of it”. And now, we live by that. 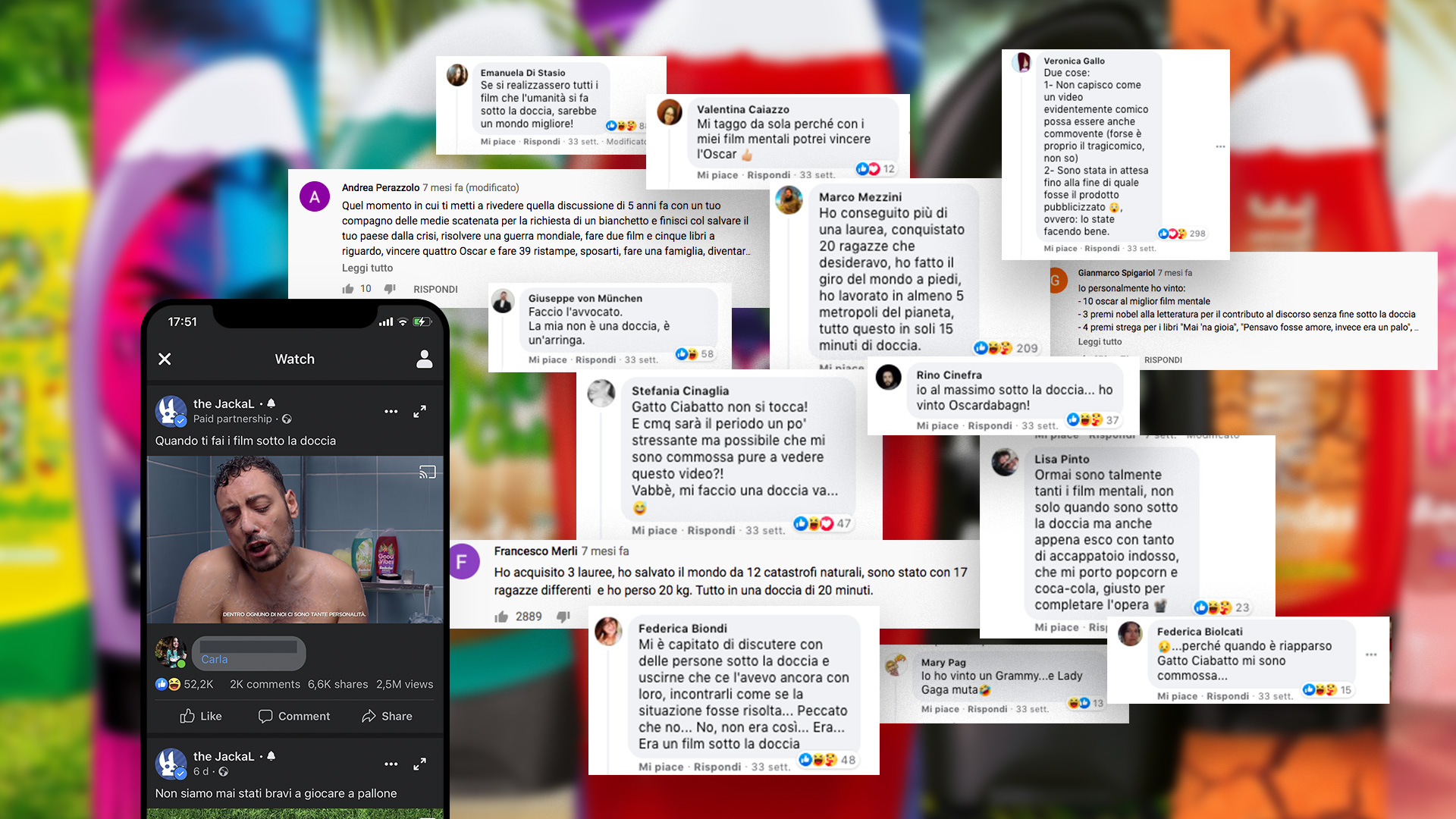 Our video was followed up by an Instagram Stories Pillar created by Aurora and Fru.

With their humour, they described the persona-type that they imagine is linked to every fragrance and invited users to try them.